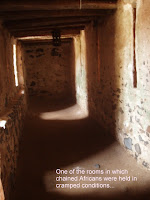 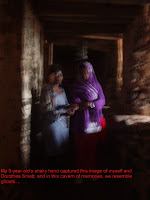 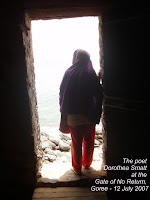 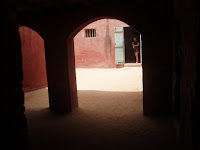 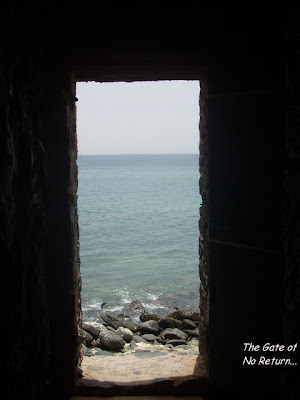 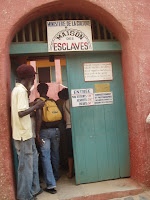 "We don't call Gorée an island," the unofficial tour guide said many times. "We call Gorée a continent - because people from all over West Africa passed through here, into slavery." 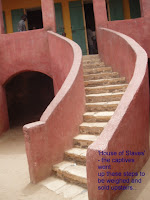 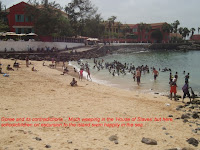 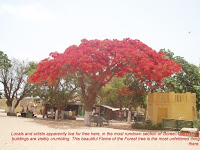 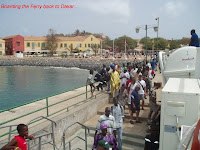 Posted by Wordsbody at 4:16 PM

I saw these two comments on Bella Naija’s comment page of “This day Concert” and I thought the whole world should know. I love Oprah and the rest of the Artists my aim is just to show Nigerians that it is time we start supporting our own people and make our own country better. Contrary to what Oprah thinks Nigerians are the smartest most intelligent people in this world.

PLEASE READ THE PIECE BELOW FROM NIGERIAN PUNCH NEWSPAPER AND PASS YOUR COMMENT:


Oprah Winfrey got it wrong

By Our Reader
Published by PUNCH NEWSPAPER: Thursday, 26 Jul 2007

Worst of all the countries, Oprah surmised, is Nigeria.

According to her, “all Nigerians – regardless of their level of education – are corrupt.”

It is very pathetic that Oprah could ascribe to a larger population, the evil act of an insignificant number of persons in the world’s most populous black nation.

Oprah’s conclusion is based on the fact that a Nigerian of Igbo extraction was caught with $500,000, which was alleged to have been stolen from a foreigner through the Internet fraud popularly known as 419.

Oprah had sponsored an hour-long programme, which ran for several days on the CNN, with the sole aim of exposing the clever tricks espoused by this group of Nigerians to con their victims.

Much has been said about the greed of the victims themselves, and I need not say more about it.

However, at a time when Americans are committing heinous crimes against children and women, nobody has tagged all Americans as murderous.

So, why call all Nigerians rogues because of the sin of a few bad eggs?

Oprah regularly tells her life story: how she was sexually abused by close relations, how she ‘walked the streets’ (Americans’ euphemism for prostitution), etc., but nobody has ever deemed it fit to tag all American men as incestuous because of Oprah and others’ experiences.

She did drugs – just like the typical American teenager, but nobody has cast all American youths in the mould of drug abusers!

So, why should an individual that is supposed to know better sentence a nation to odium for the infraction of a tiny fraction of its population?

I urge Oprah and her likes to disabuse their minds about Nigerians.

Be wary of requests for money from strangers, and if you fall for a scam, blame your greed and not Nigerians.


http://www.punchng.com/Articl.aspx?theartic=Art200707260133325
Ps: to the owners of the blog I’m sorry for invading your blog. I just felt we Nigerians need to let go of that inferiority complex of American things being way better than Nigerian’s. We need to make our stuff better too if we think it is not up to standard.