still on the nmas 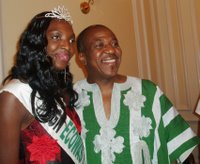 Talk show host and one of the organisers of the NMA awards, Soni Irabor, poses (left) with Taka Kpanja, who I learned is the current Miss ECOWAS. 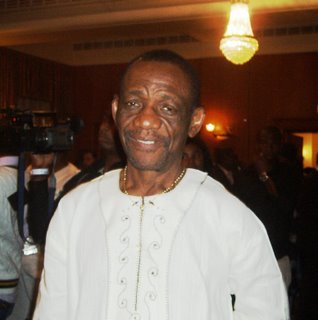 Above is veteran Nigerian musician, Sonny Okosun who, almost from a sense of responsibility, came onstage everytime an artiste won who was not present - to accept awards on their behalf. He did this for several singers of the younger generation, referring to one or two as "my son".

Okosun also received a Lifetime Achievement Award on behalf of the late Fela Anikulapo Kuti, saying he was accepting for Fela "because he is alive; music never dies."

Another veteran, Sir Victor Uwaifo, got an award on the night for his evergreen song, Joromi.
Posted by Wordsbody at 4:30 AM