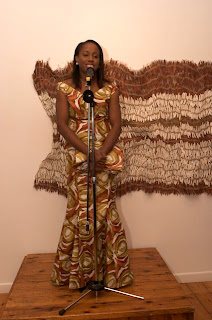 Ade Omoloja captured for Wordsbody this moment @ the opening of Nnenna Okore's exhibition, Ukulububa - Infinite Flow - at London's October Gallery. At the opening event were the likes of Chimamanda Ngozi Adichie, her Nigerian publisher Muhtar Bakare; and the writer Sade Adeniran.

Talk of the artist as her own creation - here on the right is Okore speaking at the opening, looking somewhat like one of her sculptural works.

The exhibition is at the October Gallery till 29 November. 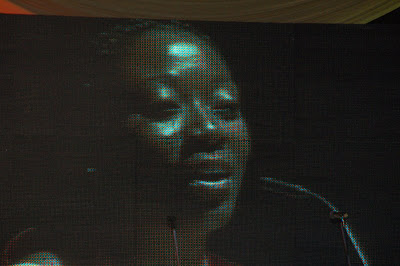 11 October: The MUSON Centre, Lagos - Debut novelist, Kaine Agary emerged the winner of this year's NLNG Nigeria Prize for Literature for her book, 'Yellow Yellow'.
*
See Victor Ehikhamenor's images from the award night, attended by a slew of dignitaries. 'Dignitary' in the Nigerian sense almost always means the movers and shakers of the political class; and so in this case we had former President of Nigeria's 2nd Republic, Alhaji Shehu Shagari - who has the decency after all these years to look exactly as he did back then, only greyer. Senate President David Mark - who kept a straight face when the comperes of the occasion read out his biography for tediously long minutes, right down to his hobbies - ahead of his speech - as he perfectly expected them to. No one told the Senate President he was coming to a literary award presumably, for he gave the same old speech, about the Senate's deliberations on constitutional reform - not a mention of a book. Senator Chris Anyanwu - who

despite being a famed broadcaster and author not to mention a statuesque beauty over 50, might have gone unmentioned - thankfully for her, she had the good sense to have become a politician in the interim; and so in time honoured Nigerian tradition, she got mentioned in full observance of the so called 'protocols'. Ndubuisi Kanu - who didn't like his seat and left within 5 minutes (who do they think I am? he must have asked himself). King of Bonny, Transport Minister Diezani Allison-Madueke (who I might have actually liked to see in the flesh, but who was lost in the throng of dignitaries, Nigeria's once Interim leader (of the oft derided 'Fidihe' government in Yoruba popular lore) Chief Ernest Shonekan.... etcetera etcetera.
A true literary great, octogenarian Gabriel Okara, author of the classic 'The Voice' was in the audience - and went unmentioned. A crime, surely. At least Okara got to have his day when the winner was announced (Agary had been in the running with Jude Dibia, shortlisted for his second novel, 'Unbridled') and the old man, himself a Niger Deltan, got to embrace and do an impromtu lap of honour with Agary, who won for a Niger Delta novel. Some might have noted that she won for a story on the Niger Delta experience (an experience not unconnected with environmental degradation) from an energy company. The rest, quite frankly, is literature.
Kaine Agary won $50,000 - and vowed to visit Cuba before Castro dies. Easy enough, with all that cash.
Posted by Wordsbody at 6:52 AM 3 comments: 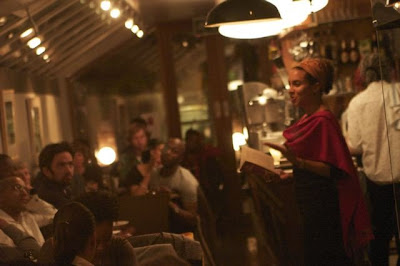 Nnenna Okore's works are on show at London's October Gallery from 16th October to 29th November 2008 - in an exhibition to be opened by none other than Orange Prize winner Chimamanda Ngozi Adichie.
.
It's the first London solo exhibition for Okore, a former student of another October Gallery favourite, El Anatsui.
.

This, from the gallery
"[Okore's] work often employs ordinary media like magazines and newspaper, which are disposed of in her current home the United States, but are considered usable commodities in her native Nigeria. By re-imagining everyday waste, as well as natural materials, Nnenna’s works consistently challenges environmental neglect, consumerism and globalisation."
.
Posted by Wordsbody at 6:37 PM 1 comment:

Many Rivers To Cross 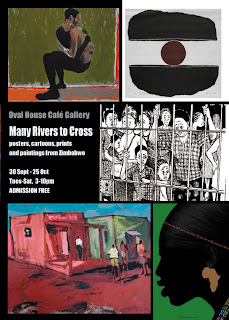 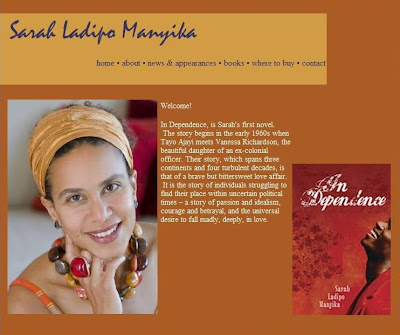 Sarah Ladipo Manyika is currently on a transatlantic reading tour with her debut novel, In Dependence. She's already done 3 dates in London and 1 in Birmingham. See details of where you might catch her, below.

Posted by Wordsbody at 6:12 PM No comments: 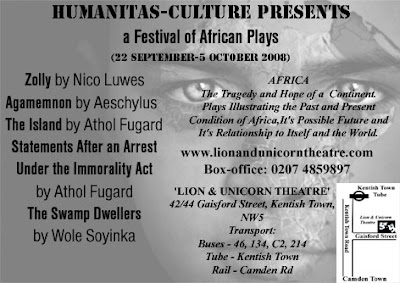 Plays on until 5 October

Posted by Wordsbody at 7:38 AM No comments: