"Paul Robeson was one of the greatest actors, singers and civil rights campaigners of the 20th century. When over the years he gets progressively too radical and outspoken for the establishment' s liking, he is branded a traitor to his country, harassed, and denied opportunities to perform or travel.

Just as physical, emotional and mental stress threaten to push him over the fine line between genius and madness, he is summoned to appear before the House of Un-American Activities Committee, to give the most difficult and important performance of his career.

The play is a roller coaster journey through Robeson's remarkable and eventful life, and highlights how his radical activism caused him to be disowned and dis-remembered, even by the leaders and descendants of the civil rights movement. It features some of his famous songs and speeches, including a dramatic rendition of Ol' Man River."

Posted by Wordsbody at 10:33 AM No comments: 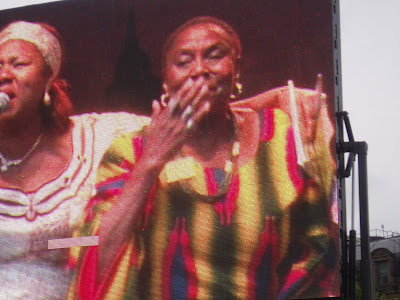