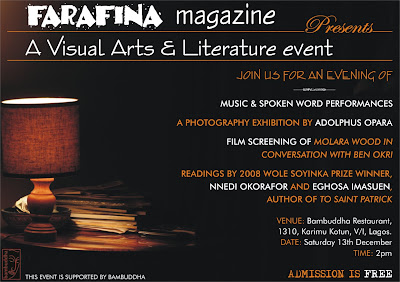 Nights of the Creaking Bed... 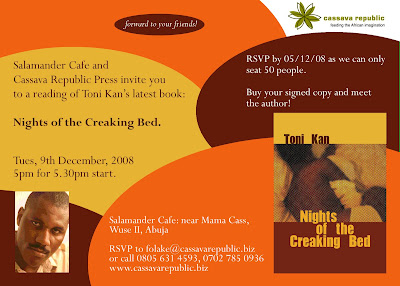 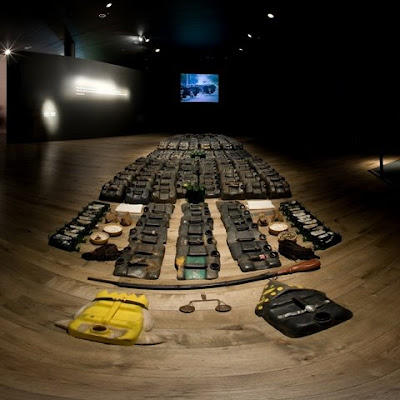 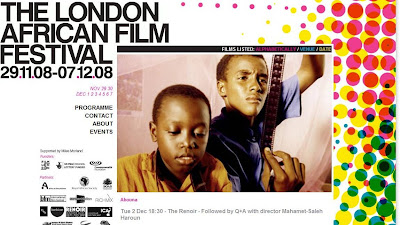 Seen Abouna? Simply one of the most touching films you'll ever see. Following the journey of 2 brothers who run off in search of a father who walks into the sunset in search of God-knows-what and never looks back, Abouna will charm your heart and break it at the same time. After their mother dismisses the absent father as 'irresponsible' in French (irresponsable, or something like), the younger brother asks the older the meaning of the word, in one of this gentle film's funnier moments. A bit like the Asian girl asking Rambo in one of the muscle-bound movies asking, "What means expendable?" Abouna is much more human than that blockbuster, and is one of the finest examples in African films about the search for a father figure ("Yeelen" is another).
Posted by Wordsbody at 1:37 AM 1 comment: 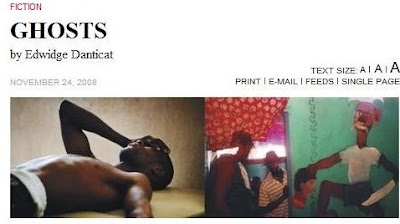 Nubian Princes of Bel Air. Recently published in the New Yorker, Edwidge Danticat's tale of gangsters and brotherhood in Baz Benin - the Baghdad of Haiti - titled Ghosts.
Excerpt
Pascal’s father had been a pigeon breeder since he was a boy in Léogâne. He’d stopped briefly in the early eighties, when some soldiers came and collected his birds because it was rumored that he was breeding carriers to send messages to armed invaders in the Dominican Republic. But when the dictatorship finally collapsed—without any help from his pigeons—he started again. Then most of his customers were nervous young men who wanted to perform a ritual before their first sexual encounter: they’d slit the pigeon’s throat and let it bleed into a mixture of Carnation condensed milk and a carbonated malt beverage called Malta. Sometimes their fathers would come with them, and, after the sons had held their noses and forced down the drink, the fathers would laugh and say, as the pigeon’s headless body was still gyrating on the ground, “I pity that girl.”
* * *
Sambi Lazarus Musa has a short-short, "The Full Moon", in the current issue of Serendipity
Excerpt
I had fainted before he completed his speech, and eventually jolted back to consciousness by the screams of a white man whose children were to go to the Pygmies in Congo, right in the heart of black Africa. The white man and I were both sent back to earth next morning. Our way back we saw millions of babies of all nationalities flying across the sky on their little wings. They all seemed happy, singing and shaking hands as they headed for their various destinations.
* * *
African Writing is back, and among the fiction fare this time, is "Night Calls" by Abubakar Adam Ibrahim.
Excerpt
Two months later, she invited him to Zaria so they could meet face-to-face. He had been looking forward to seeing her, so, he went, on a weekend, when the sun rose with a smile as if blessing the union forged over the GSM interface. He got to Zaria and took an okada. She guided him on the phone to the threshold of her heart, her home. She was waiting for him at the door when he arrived and he realised that she was even more beautiful than in the picture. He kept thinking about that clear spring each time she smiled. She asked him in, served him food and mineral and sat by him. They were overwhelmed and just kept looking at each other, smiling, sighing contently, happy to abide in the fragrant presence of a promising love.
Posted by Wordsbody at 2:08 AM 1 comment: 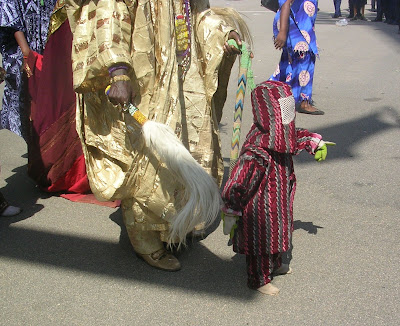 This tiny tot of a masquerade led the pack from his state at the recently concluded Abuja Carnival. 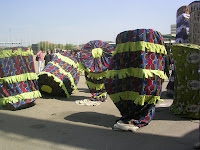 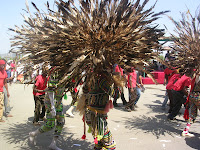 Posted by Wordsbody at 1:04 AM No comments: