Andrea Levy on the uses of fiction 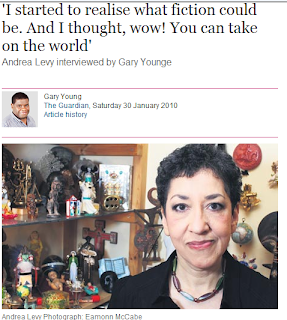 A take on the relative worth of prizes, in a profile of Small Island author Andrea Levy in today's UK Guardian Review. The novel's Orange Prize win in 2004 did not significantly up the sales of her now famous novel. Then, according to the article, "in fairly quick succession, came the Whitbread, the Commonwealth and the Orange Best of the Best..." etcetera etcetera. Having been there on the night Levy won the Orange (we were there for Adichie who was shortlisted for Purple Hibiscus), it seemed to me afterwards that you couldn't walk into a London bookstore without being confronted by 'islands' of Levy's novel. But according to the author, it was the Whitbread that really shot the book through the roof.

The profile, by respected journalist Gary Younge, is interesting for what it says about race, identity and belonging. Second generation 'light-skinned' Jamaican in Britain whose parents sailed to England on the Windrush, Levy once lined up with the whites in the office, only to be told - to her shock - that she belonged with the blacks. Thank God for the wake-up call, or we might never have had Small Island - or her new novel, The Long Song, set on a slave plantation.
*
Levy on slavery: "There are many who will say that it was a very long time ago, and a lot who just don't want you to mention it because it will make them feel bad. It's painful, both for black and white people. But it's 300 years. You 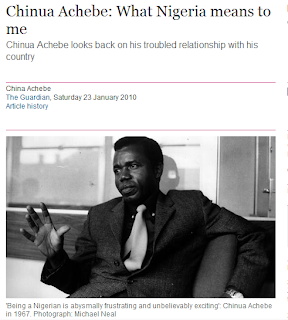 can't just ignore it... [Y]ou can't avoid slavery. You can't. You have to go to that place... It's the book I had to write because of who I am."
Last week's Review had an excerpt from Chinua Achebe's new book, The Education of a British Protected Child, here.
Posted by Wordsbody at 7:11 AM No comments: 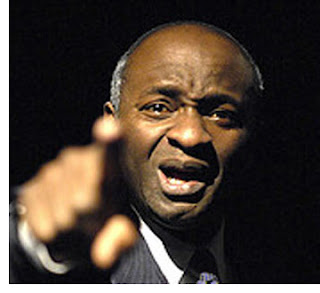 He was at Terra Kulture last July with the well received I Got A Home in Barack. Now Tayo Aluko returns to Lagos courtesy of the US Consulate with his award winning Call Mr Robeson.

The baritone, son of novelist T.M. Aluko, performed in a special show for the consulate last night. Tonight's show is open to all... 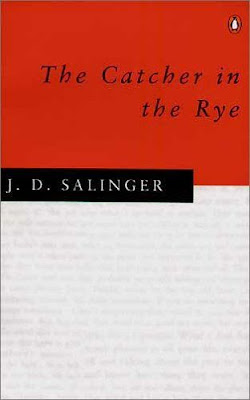 With apologies to Aaliyah... 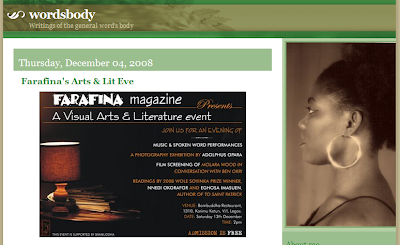 It's been a long time
We shouldn't have left you
Without a dope beat
*
Wordsbody is back, folks!
Posted by Wordsbody at 11:05 AM 8 comments: