Becoming Abigail (Akashic Books; 2006) by Chris Abani: This book stayed with me long after I finished reading it. Abigail is a broken girl who lost her mother and had a troubled father who never really recovered from the death of his beloved wife. Abigail is shipped off to England to live with a family member and presumably to a better life which turns out to be one of cruelty and betrayal that leaves her forever scarred. The poetic prose and short abrupt chapters are

very effective in bringing you immediately and viscerally into Abigail's world. A moving tale.
Selah's Bed by Jenoyne Adams: This is the story of a young woman struggling with herself. She is married to a pious husband who is not there for her emotionally especially after learning she was pressured into having an abortion earlier in life. She looks for love and solace in the arms of the different men she photographs and struggles with a grandmother addicted to prescription medication. Adams has a lyrical style and writes with a lot of empathy, giving you a glimpse into the life of Selah and so allows you to root for her. 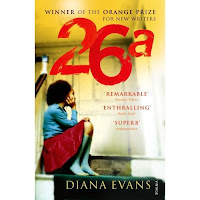 ~
~
Segun Afolabi - author of A Life Elsewhere
26a by Diana Evans (Chatto & Windus, 2005) - The Hunter family lives at 26 Waifer Avenue in Neasden, North London. Twins Georgia and Bessi inhabit the loft they’ve nicknamed 26A. Along with younger sister Kemy, older sister Bel, their tortured Derbyshire father and their homesick Nigerian mother, the twins face the minefield of growing up and inevitably apart, complicated by a serious assault on Georgia during a visit to Nigeria, which she hides from the world. 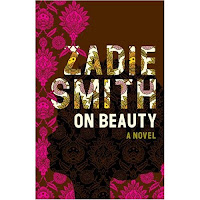 On Beauty by Zadie Smith (Hamish Hamilton, 2005) - Smith's homage to EM Forster's Howard’s End is set in an archaic and insular university town in New England. At the centre of the piece are the Belseys: Howard, a world-weary academic, his warm-hearted African-American wife, Kiki, and their three spirited children – Jerome, Zora and Levi. Add the Kipps family to spice up the academic rivalry, and some shabby morals, and you get a terrific comedy about the mind, race and above all, love.
~
~
Ikhide R. Ikheloa
I read several books this year including Wole Soyinka’s You Must Set Forth at Dawn, Chimamanda Ngozi Adichie’s Purple Hibiscus and Half of a Yellow Sun; Sefi Atta’s Everything Good Will Come and Ike Oguine’s A Squatter’s Tale. My favourite is Half of a Yellow Sun. No other book has been so successful in anchoring the reader in the condition called Nigeria . I loved Atta’s Everything Good Will Come (Farafina; 2005). On a recent plane trip my family read passages in the book and we had fun. That book should have been aggressively marketed. The sister can write.
~
~

Austyn Njoku - author of Scents of Dawn
Kazuo Ishiguro’s Never Let Me Go (Faber; 2005), is one novel I read recently, and I enjoyed it with heart-fluttering trepidation. His simple and accessible diction, his capacity to give everyday words new and terrifying meanings, the depth of his imagination and mastery of craft, all point to the creation of a masterpiece. Never Let Me Go explores the depths of rootlessness and aloneness with such palpable subtlety that only Kazuo Ishiguro could command.
My second pick would be No Sense of Limits by Araceli Aipoh. Here, she weaves the tragic tale of four women who all but one, have no sense of limits. Linked to these women is the mysterious character, Greg. Aipoh deploys an uncanny power of observation, suspense and clarity to narrate a riveting story of love, betrayal, power, lust and dust, situated in the amorphous city of Lagos. One comes out of No Sense of Limits knowing for sure that one cannot buy love, but ultimately pays for it!
~
~

Omolola Ijeoma Ogunyemi
My two books would be: Half of a Yellow Sun by Chimamanda Ngozi Adichie and The Dewbreaker by Edwidge Danticat (which I read for the first time this year). Half of a Yellow Sun presents the human tragedy of the Biafran war: the pogroms that preceded it, the duplicity of the elite, starvation as a tool of war, ethnic bigotry on all sides of the conflict, and also manages to serve up some of the most complex Nigerian female characters I've seen in years. The Dewbreaker, which presents the life of a Haitian tonton macoute and the victims of his torture gives a poignant portrait of love, loss, forgiveness and leaves the reader wondering about redemption - just how much can a human being change in a lifetime?
~ 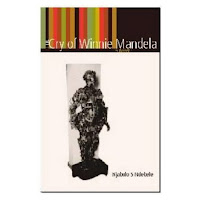 Wumi Raji - author of Rolling Dreams
Njabulo Ndebele: The Cry of Winnie Mandela - I yearned for more when I finished reading this novel. And this, perhaps, is where my problem lies. I don’t know whether it is because I enjoyed the novel so much that I feel that Ndebele could have done more with the materials at his disposal or whether, genuinely, he really needed to do more. This 120 page novel is so different, so unusual, so wonderful. Yet, something in me believes that were the same materials to be given to Ngugi wa Thiong’o, he would have come out with a 700 page novel, with every single word, every single sentence serving as a memorable experience. But I will need to read the novel again.
The Cry of Winnie Mandela (David Phillip; 2003) is concerned with the experience of waiting women. It spins off from the story of Penelope in Homer’s Odyssey who, for nineteen years, waited for the return of Odysseus, her man, and who throughout the period, stoically resists the advances of the numerous suitors who lay siege on her house. Ndebele links the experience of this woman with those of four fictive representatives of hundreds of thousands of South African women who waited as their husbands disappeared for all kinds of reasons during apartheid. The women relive their experiences and hold imaginary conversations with Winnie Mandela, the prominent one who waited as her husband languished in jail. And, together, the five women seem to demand a reason as to why different societies demand unqualified fidelity from their women. While he does not, in the end, excuse the multiple crimes she committed, the acts of violence she perpetrated, Ndebele seems to canvass for an understanding for the sexual scandals surrounding Winnie Mandela.

Gabeba Baderoon: A Hundred Silences (Kwela/Snailpress; 2006) - I don’t think I will ever be able to capture adequately the impact that Baderoon’s third collection of poetry has on me. The work is so smooth, so sonorous, so satisfying. No, Baderoon’s themes are never grand – at least not always. Rather, her focus is always on small things, on little things that hardly receive attention, otherwise: like chirping birds suddenly falling quiet in the trees, like the impact a mouse makes on a tree as it runs through its branches, like the private laugh of a couple in their bedroom, like the anxiety in the hearts of two lovers on the eve of their wedding, like the experience of filming swans at sea, like the little lessons an individual receives when s/he goes picking mushrooms with a friend in the garden, like… I am totally awed by Baderoon’s power of observation, by her gift for recalling details, by the confidence with which she converts minor matters into poetry, and by the patience and talents she applies in honing her lines.

Kola Tubosun - author of Headfirst Into The Mettle
No Sense of Limits by Araceli Aipoh: I must say that I was not at first moved to read it being unreasonably finicky about book covers. But I did. My in-law told me it is the next big book in Nigerian literature. I like the story which was like watching an interesting Nollywood flick. It is hard to imagine that the story set in the crannies of Lagos was written by a non-Nigerian. The plot is engaging, and the style greatly used. It read at times like Soyinka's You Must Set Forth at Dawn and Dan Brown's The Da Vinci Code that I read only days before, where all or most of the action takes place within the course of the persona's journey through flashbacks and gradual disclosures. In Soyinka's case, it was a flight back from exile while in No Sense of Limits, it was the femme fatale's drive through Lagos on a course of revenge. I'm glad I read the book.
The Vagina Monologues by Eve Ensler: With so much hype about this book, I finally got a copy, and read it in one night. I must say that I was not much impressed to equal the hype raised by critics. I am not a feminist. I read the book for information, and pleasure. And I wasn't disappointed. I think my best part was the funny/sad narration of a woman whose husband slept around ostensibly because the wife would not shave her pubis. My friends joke about a riposte, in form of The Penis Diatribe. But mischievous humour apart, it's always nice to read literature that seeks to defy conventions, and to shock. Great work.
Posted by Wordsbody at 3:31 PM